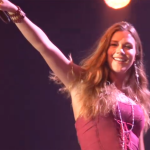 This trailer was produced with Bearkatt Productions, London in order to initiate interest in an attempt on the Guinness Book of Records category – the world’s highest gig – and to raise enough money to support a children’s orphanage in Nepal.

The plan was to accompany Joss Stone and Oz Blaydon together with a number of world musicians and a camera crew to climb and eventually perform a live gig on Mera Peak, a 6,500 metre mountain in the Nepalese Himalayas.

Unfortunately due to a number of unforeseen problems, the project had to be cancelled.